For kids to be the best that they can be, it’s important that learning be fostered at home. This is where kitchen chemistry, like the dancing raisins experiment, comes into the picture. Simple science experiments like this educate kids in a fun and entertaining way.

The experiment is arguably one of the kids’ favorite preschool science activities because it lets them see something unusual. Beyond giving them a sight to marvel at, this exciting experiment can inspire a more significant curiosity to learn.

When you add this to the fact that you can carry out this experiment for elementary kids with items readily available in your kitchen cupboard, you see even more reasons to give this a shot.

Keep reading as we provide details about dancing raisins experiments for kids. 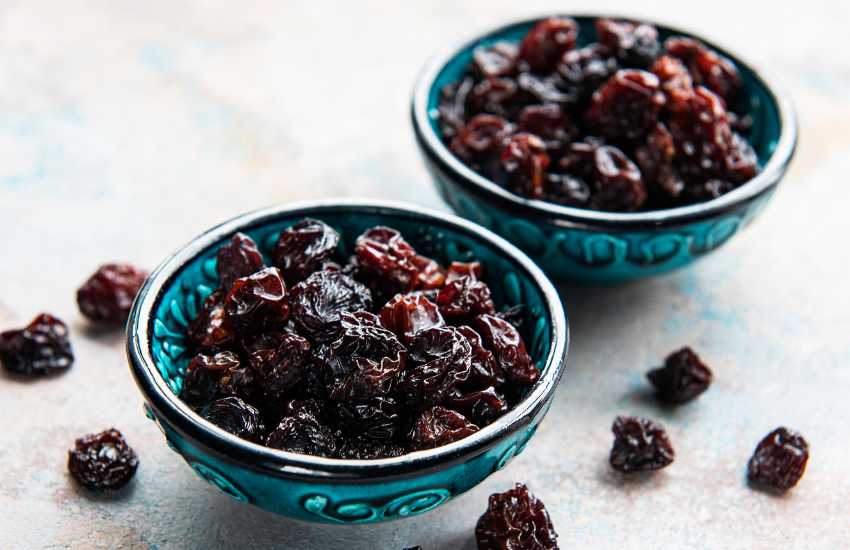 Before carrying out simple science experiments like these, it’s always helpful to know what you’re doing. Understanding the nature of the chemical reaction in this science activity for kids will make you more deliberate with your actions.

Along these lines, it’s crucial to note that the raisin dance-off triggered in this experiment brings two things to light. They include density and the carbon dioxide bubble effect.

The Basic Principles of Density

You must’ve noticed that the raisins initially sink when you drop a few in a glass containing soda. The 2-3 raisins first fall to the base because their density is higher than the soda.

So, at its core, this classic science experiment highlights the basic concepts of density. It’s arguably one of the best activities about density for kids, as it shows the effects of density on floatation.

The Effect of Carbon Dioxide Bubbles on Buoyancy

Recall that, like most soft drinks available today, soda is a carbonated drink and thus contains carbon dioxide gas. When you pour clear soda into a glass and then introduce raisins, the chemical reaction between these two substances results in buoyancy to life.

More precisely, the gas bubbles emitted from the drink stick to the rough surface of the food. These bubbles of carbon dioxide spark an increase in buoyancy. This increase helps lift the raisins to the surface of the glass, after which the air bubbles burst and escape.

Without those carbon dioxide gas bubbles, the raisins will again sink to the bottom of the glass until another wave of carbon dioxide molecules picks it up. This results in a continuous upward and downward movement.

This will continue until the carbonated liquid loses all the gas bubbles.

Performing the Dancing Raisins Experiment – Everything You Should Know

Now that you have a more grounded understanding of how soda makes a cup of raisins dance, let’s get into how to execute this simple kitchen science and delight your kids.

What You Need to Get Started

As with all simple science experiments, you don’t need expensive or excellent science supplies to get in on the action. The three primary materials that this fun science activity requires are:

Things to Remember When Carrying Out a Jumping Raisins Experiment

Before proceeding with the experiment, keep a few things in mind.

The first and most important one is whether or not you’re working with a printable activity sheet – you should always ensure that this fun activity is carried out in the presence of adult supervision.

Beyond your kid’s safety, you should also ensure that you only use a sealed drink bottle for this experiment. While you’ll still get a reaction with an opened bottle, they tend to have lost much of their carbon dioxide fizz, so it might not be as strong as using a new bottle.

Finally, you must be sure not to use clumped raisins for this experiment. As such, you should ensure that you separate the raisins into individual pieces, as you’ll get the best results.

It’s also worth mentioning that, to a lesser extent, the raisins’ size also matters. Usually, you’re more likely to get the best dancing raisins activity with small or medium raisins.

Let’s delve into how to perform the dancing raisin experiment with that out of the way!

To perform a fun dancing raisins experiment for your child, all you have to do is:

Step One – Fill the Glass

You start this process by filling a clean glass with soda. As we mentioned earlier, Sprite’s fizz will also work fine. Same as with 7Up.

However, no matter which type of soda you use, ensure that you don’t fill the glass to the brim.

The next thing you do is introduce your regular raisins to the glasses of Sprite, 7Up, or club soda. The lessons on density start here.

Step Three – Have Your Kids Observe the Reaction

With everything in place, you can just sit back and have your kids observe the reactions triggered. If all the suitable materials were used, the raisins would sink first before the air bubbles attach to their irregular surface and start pushing them upward, as was mentioned earlier.

When performing the swimming raisins experiment, remember that it might take a while before the first movements are observed.

The dancing raisins experiment is a simple, hands-on science activity that introduces challenging concepts to kids. While the experiment’s purpose is to educate kids, it also doubles as entertainment.