Without question, many people will agree that penguins are among the cutest animals on the globe.

However, they are not only one of Antarctica’s cutest species but also among its most well-known ones. It is easy to understand why – the sight of these lovely marine birds may thaw even the coldest heart.

In addition to their adorable appearance, penguins are unique for various reasons, including special abilities and a unique way of life. Continue reading to discover some fascinating penguin facts that will make you love these birds of the wild even more. 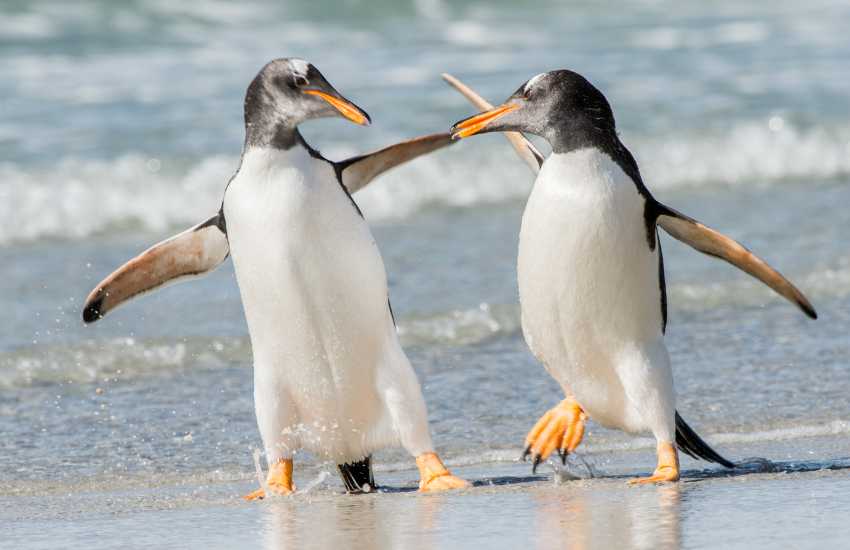 First, did you know that there are 18 distinct penguin species? Even more intriguing, they are all from the Southern Hemisphere.

The only type of penguin that crosses the equator is the Galapagos penguin, which occasionally travels to the Northern Hemisphere for fishing. As opposed to this, the emperor penguin lives in and near Antarctica, the world’s coldest point!

Let’s look at some more amusing facts about penguins.

The fascinating aspect of penguins is their size variation, ranging from 30 cm to 1.3 meters.

Fairy penguins are the tiniest species, often known as blue or little penguins. They have an average of 30 cm tall and weigh around 1.3 kg.

On the other hand, emperor penguins are the largest living species. During the beginning of the mating season, they stand between 1.1 and 1.3 meters tall and weigh about 40 kilograms.

2. Penguins are Skilled at Staying Warm at All Times

Penguins can survive in some of the planet’s harshest environments and coolest oceans.

They offer excellent insulation thanks to their dense feather and body fat stores. Penguins also create oil through their preen gland, which they apply to their feathers. This protects their bodies and increases their velocity through the ocean.

The emperor penguin, though, has developed this skill even further. To protect themselves from the cold, emperors have a second layer of feathers on their bodies and limbs. Also, their feet have unique fats to keep them from freezing.

In addition, to survive life in one of the most hostile environments, the males are known to form enormous, constantly shifting huddles throughout the bitterly cold Antarctic winters.

3. They Have the Ability to Fly

While you may not find penguins in the air, they fly nicely in water. A penguin’s ability to swim certainly resembles flying if you’ve ever seen one strike the ocean. The way penguins flap their wings and generate strength with their forelimbs to move is similar to the force used by flying birds. 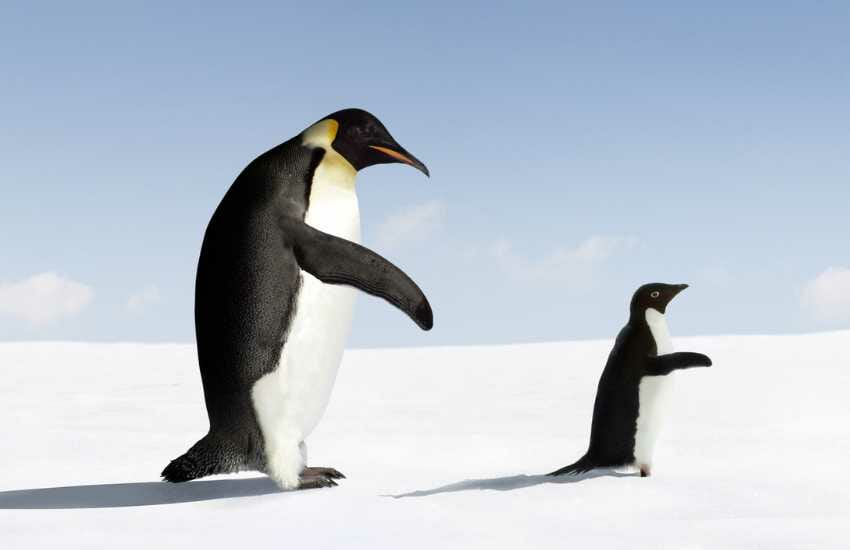 All male penguins assist in raising their young. In terms of rearing their offspring, male penguins don’t mind taking on a minor duty. But the emperor penguin unquestionably deserves the title of the dad of the year.

In Antarctica’s harsh winters, male emperors are known to protect their priceless eggs. The hen leaves after delivering the egg to go fishing for a couple of months at sea. While doing so, the male emperors bundle up for comfort and safely tuck their eggs.

Penguins store their eggs in brood pouches to protect them from the subfreezing temperatures.

5. The Faithfulness of Penguins

Many penguin species, including rockhoppers, are known to form lifelong relationships.

For instance, Adelie penguins will visit the same place every mating season to meet the same partner.

After spending months apart during the icy season, female emperors can locate their partners in a dense colony. They achieve this by hearing their distinctive sounds.

Don’t let a penguin’s cute waddling mislead you into thinking they can’t do much on land. Many penguins may travel long distances and through various terrain to get to their nests and breeding grounds.

Snares penguins routinely travel about 1 km inland through the woods to visit their colony. However, Emperor penguins have been known to walk and belly-slide up to 100 miles to get there.

Interestingly, penguins move in groups to guard themselves against predators.

Penguins are considered one of the most friendly bird species in the world. All types of penguins socialize with one another by swimming and eating in huge groups.

Also, penguin species, including the Emperor, synchronize their diving with swimming or food-gathering. There may be a few hundred to a few thousand penguins living in a single colony.

Interestingly, male penguins gift hens with stones to attract them. The hen, in turn, uses the stone to build their nest.

8. Their White Bellies Act As a Camouflage

When submerged, a penguin’s black and white coating protects it from larger predators and other aquatic life. The black coating conceals the predatory penguins above and blends with the sea.

Furthermore, the penguin’s white front seems like a clear sky from below. This conceals it from organisms that live deeper in the ocean.  As a result, a penguin can move quickly and forage without drawing too much attention to itself.

Without a doubt, after reading these penguin facts, funny things run through your mind about these marine birds.

Penguins are among the most friendly birds. Their two-tone coat is an excellent defensive and adaptive feature. Aside from drinking salty ocean water, penguins can also survive on tap water.

Note that the term “raft” describes a group of penguins in the water. On the other hand, the term used for the group on land is called “waddle.”