On February 2nd, Groundhog Day, if the groundhog sees a shadow then it goes back into its burrow and Winter will last 6 more weeks, if he doesn’t see he’s shadow then spring has arrived early. And who wants 6 more weeks of winter right? 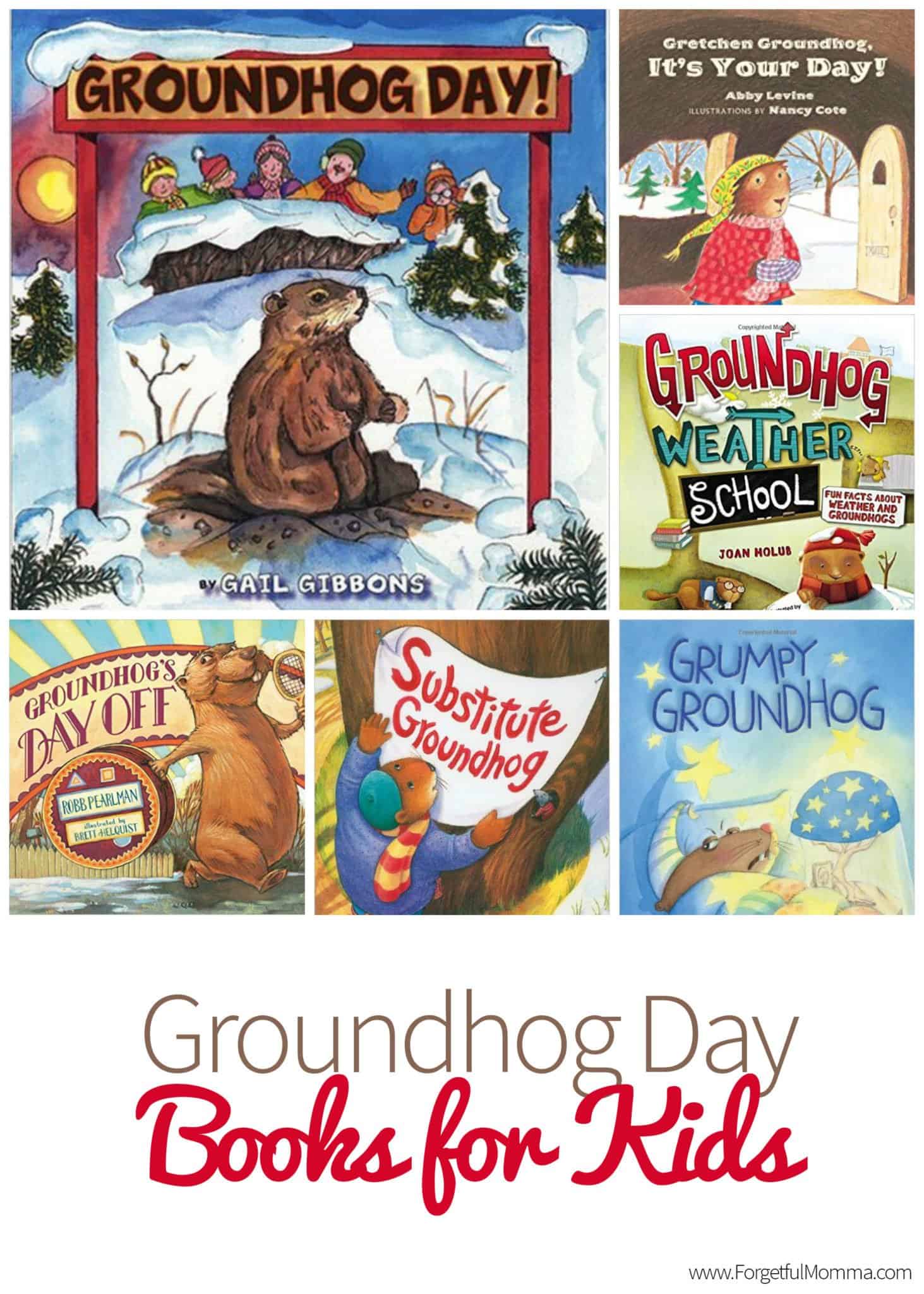 A little history about Groundhog Day:

Germans would watch the badger emerge from its hole to see whether it cast a shadow on the ground, which it would only do if it was a sunny day. If it did, the tradition went that there would be another six weeks of wintry weather. If it didn’t – in other words if the weather was cloudy that day), then Spring had arrived early. Here in North America the tradition has be carried on but using a groundhog.

It’s almost Groundhog Day, and the town of Piccadilly is all a-buzz because Gretchen Groundhog will not Go Out. Her Great-Uncle Gus is too old to look fo rhis shadow anymore—now it’s Gretchen’s turn. But she’s too shy.

It’s Groundhog Day, and everyone is gathered to find out if it’s time for spring. But Groundhog does NOT want to leave his cozy bed in his cozy den. Will the townspeople be able to coax him outside to do his job? Kids will love the humorous antics of Groundhog in this delightful rhyming tale from the author of Sleep, Big Bear, Sleep.

Too sick to perform his job, Groundhog interviews other animals to come out of his hole on Groundhog Day

Every February 2, people all across the country wonder about the groundhog, Punxsutawney Phil. Will he see his shadow on that day or won’t he? Will spring come early or late? Here is information about Groundhog Day, its origins, and the animal at the center of this delightful annual event.

Every year, people ask Groundhog the same, boring old question. Is spring around the corner? Or are we doomed to more winter? Sure, they care about his shadow, but what about him and his interests? He’s had enough! Groundhog packs his bags and sets out for a much-needed vacation.

Ever wonder where Groundhog Day first began? Want to know the reason why we have different weather seasons? Curious about how some plants and animals can help predict the weather? Learn the answers to these questions and many more at Groundhog Weather School!

Do you head outside to see if you can see your shadow on Groundhog Day? Make some guesses with your kids to see what might happen.