2017 marks the first time the Toonies for Tummies campaign is in Western Canada. The program comes at a time where there is an increased need. A huge thanks to Save-on-Foods for supporting such a great cause here is in the Western provinces including my current province, Saskatchewan, where 2259 kids are served daily!

This year I am a proud and passionate supporter of The Grocery Foundation, a not-for-profit organization started in 1979 by leaders in Canada’s grocery industry. Their funding helps to ensure the 1.1 million school-aged children and youth who face food insecurity in communities across Canada have universal access to proper nutrition through student nutrition programs while at school. 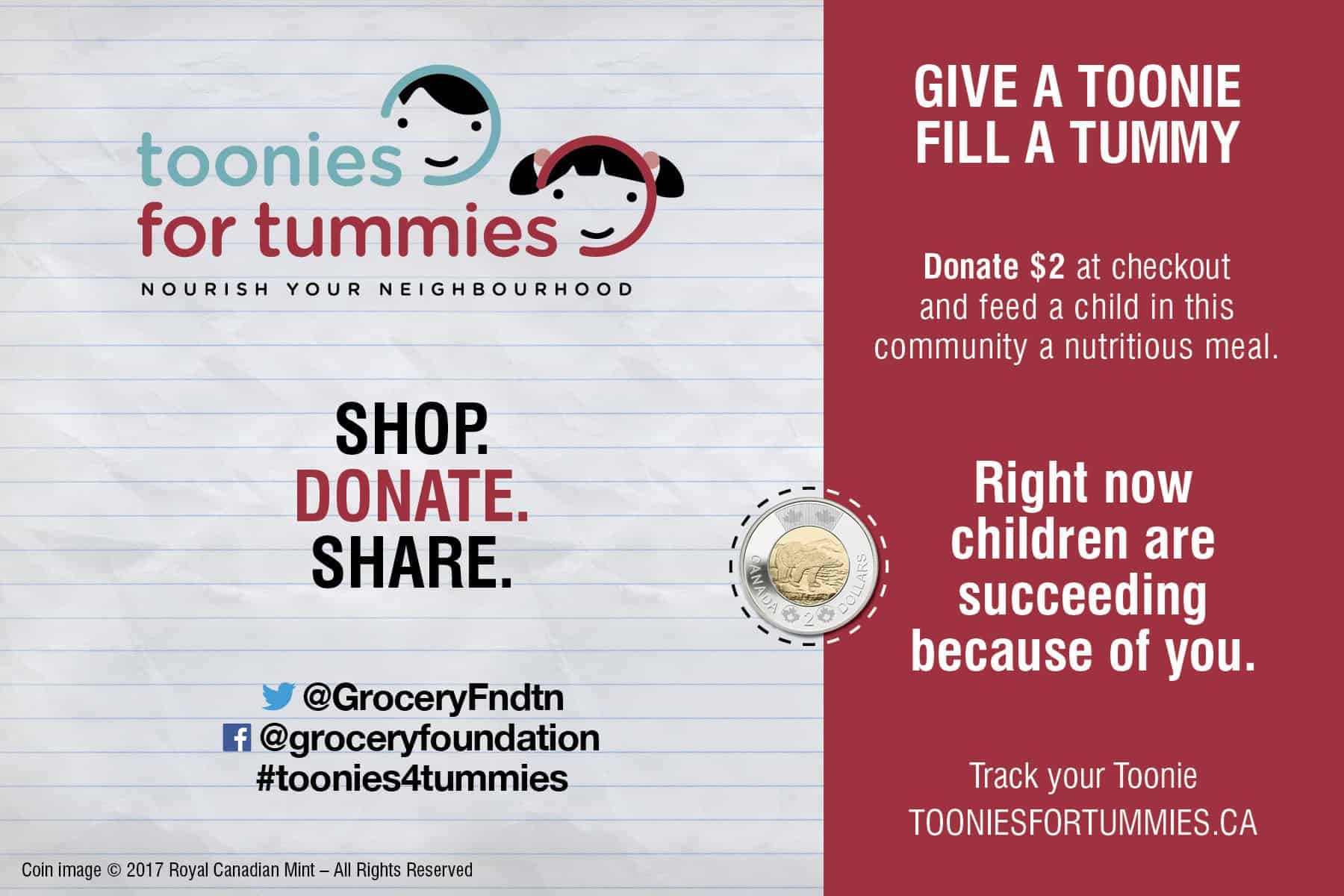 The Grocery Foundation Toonies for Tummies

Toonies for Tummies, a two-week campaign [February 9-23, 2017], bringing together the grocery industry, shoppers and the student nutrition community to raise awareness and donations in-store and online. 100% of proceeds raised from #Toonies4Tummies remain in the community in which they’re donated.

Their goal this year is to raise $850,000 during this two week campaign. That will provide over 1.7 million health snacks and meals in schools across Ontario, Manitoba, Saskatchewan, Alberta, and British Columbia.

[bctt tweet=”Can you just image what kids can do with healthy snacks and meals everyday? #toonies4tummies” username=”forgetfulmomma”]

Virtually all research confirms the positive impact of student nutrition programs, from behaviour and attention, to initiative and academic results, as well as on promoting high school graduation rates.

The Grocery Foundation will be partner with Breakfast Club of Canada to help optimize donations with approved local student nutrition programs throughout BC, AB, Man and Sask.

Thanks to the support of sponsors and retail partners, The Grocery Foundation is enable to ensure 100% of all proceeds collected from the campaign go back to fund local student nutrition programs.

Disclaimer: I amworking with The Grocery Foundation to help raise awareness about this great program. Help us raise awareness by sharing on social using the hashtag #Toonies4Tummies.